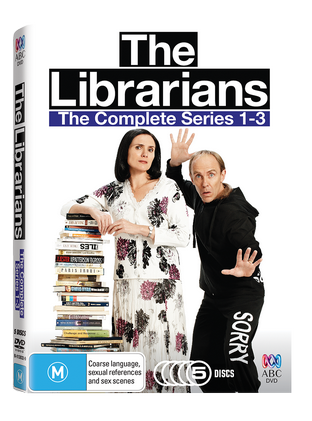 'The Librarians centres on the trials and tribulations of Frances O'Brien, a devoutly Catholic and blithely racist head-librarian. Her life unravels when she is forced to employ her ex-best friend, Christine Grimwood now a drug dealer as the children's librarian. Frances must do all she can to contain her menacing past and concentrate on the biggest event of the library calendar Book Week.'

The Librarians is one of the few Australian comedy programs I hadn't seen previously, but now thanks to this fantastic DVD release from Roadshow Entertainment, I now see what all the fuss is about!

Head Librarian Frances O'Brien (Robyn Butler) has all passive aggressive funs blazing in this critically acclaimed and popular comedy series. Frances tries her best, flanked by well meaning but easily distracted staff, including wheelchair bound Dawn (Heidi Arena) and deviant children's librarian Chrissie (Roz Hammond), she stumbles through the politically correct minefiels that is the modern council library. Ably supported - or at least, observed - by Terry (Wayne Hope), her Midnight Oil-loving husband, Frances is on a mission to make the Middleton Interactive Learning Centre the best library in the country. Or at least keep food scraps out of the returns shoot.

Throughout the 20 episodes contained within these 5 discs and 3 seasons, it is so easy to fall in love with the colourful characters of the library, and become addicted to the fascinating storylines, always wanting more!

During the first series, the focus is on characters Frances and Christine, who are slowly rebuilding their friendship after Christine deserted Frances many years prior with an incredible debt. Book week is also coming up, as well as a visit by the premier which doesn't run as smoothly as one would hope for!

Into the second series, we follow the cast again at a new library following the unfortunate burning down of the previous one. In finally, in the third series, while her relationship with husband Terry has improved, Frances is still having a hellish time, and for once its not all of her making. Frances's mother Pearl (Victoria Eagger), suffering from both dementia and a really horrible personality, lands on the O'Brien doorstep. Adding to her woes, she has to keep the Middleton Interactive Learning Centre running as a profitable business. For the staff, who have a hard enough time enforcing the return of a book, this latest initiative could spell the end for the library.

I now know why The Librarians is one of the most talked about Australian comedy series of recent years. I watched all 12 hours of this hilarious series over a weekend and definitely recommend anyone who has never seen the show before do the same thing! Those who watched and enjoyed the show during its three seasons airing on the ABC, you are sure to enjoy rewatching the troubles and triumphs of Frances and all the quirky staff at the Middleton Interactive Learning Centre again. A definite must see!

★★★.5☆☆
The Librarians: Complete Collection can be purchased on DVD NOW! 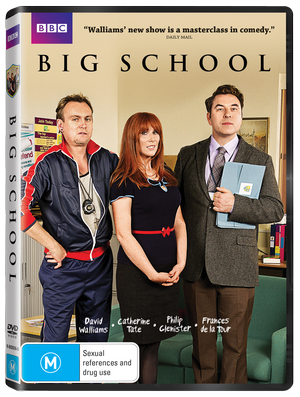 Just For Laughs - Aussies In Montreal 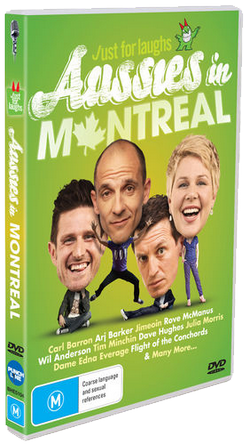 Carl Barron - A One Ended Stick 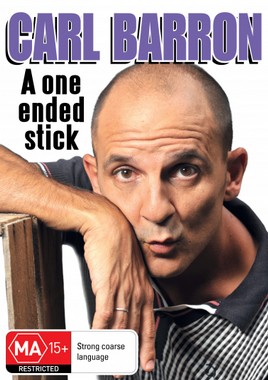